Walkable to Restaurants, Shops, and More

North Portland’s Kenton neighborhood is beautiful and historic with a creative flair. Filled with unique restaurants, bars, and cafes, this walkable neighborhood has its own quaint downtown area. Bordered by the Arbor Lodge, St. Johns, and Piedmont neighborhoods, Kenton is well-connected to greater Portland thanks to the Max light rail, bike lanes, and close access to major roadways.

Homes in Boise-Eliot range from charming Victorian cottages to Craftsman to East Portland styles that have plenty of historic character. And don’t forget about the new urban-style lofts for those who want something a little more modern. This neighborhood gives you the best of urban living, cultural diversity, and small-town community.

It’s no surprise that home prices have gone sky-high over the past several years. This neighborhood is in demand and the real estate prices show it! Apartments and rental homes are pricier in this area when compared to other parts of Portland.

Kenton might be small but there’s plenty to eat (and drink!). Grab a quick bite, a craft beer, or a delicious meal at a friendly pub. 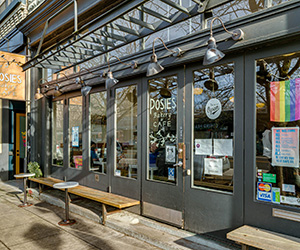 Derby: Serving up food, essentials, and locally made goods with kindness in the Kenton neighborhood. Presso Coffee Bar:  Roasting coffee beans every week; every origin is personally picked to match the profile of a delicious espresso and their handcrafted drinks. Also serving up delicious sandwiches, different toasts, granola bowls, and more. This walkable neighborhood has a lot in a small area! Residents value the quaint downtown on North Denver Avenue with its restaurants, shops, and renovated public library.

Since 2019, the Kenton Street Fair has celebrated the neighborhood with music stages, food and drink options, and many unique business vendors. 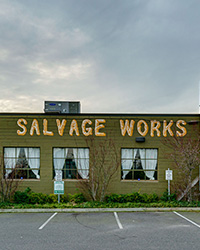 Things to Do & See in Kenton

Kenton is close to the action! There’s plenty to see and do, whether events at the Portland International Raceway and the Expo Center, historic tours, or parks. Don’t forget to check out the famous Paul Bunyan statue! Their goal is to offer you a flawless event on your big day, and joyous memories for a lifetime.

One of Portland’s most enchanting wedding and event venues, the Victorian Belle is located just 10 minutes from downtown Portland and 20 minutes from the Portland International airport. This historical landmark has served as a community center since 1977. 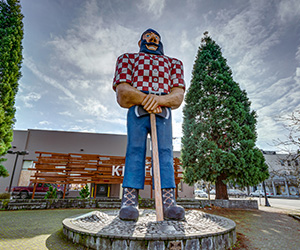 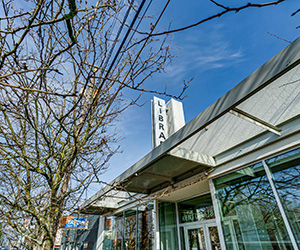 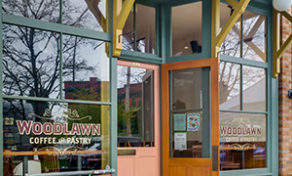 Kenton, originally a farming community, was a company town developed by the Swift Meat Packing Company in the early 1900s. The area grew quickly thanks to the presence of numerous rail lines and the shipping made possible by the Columbia River. Major manufacturing companies, such as the Portland Union Stockyards, began operating out of the area and Kenton soon became the primary livestock market in the region.

As the area grew, small houses were built for workers and larger houses for executives went up around Denver Ave. Streetcars transported the workers to the packing plants. A large hotel opened on Denver and later, a beautiful theater. Factories continued opening during the first part of the 20th century and shipyards were widespread during World War II.

During the 1950s, Kenton fell on hard times. North Interstate Avenue, which runs through the neighborhood, had been Portland’s primary north-south road. But when I-5 was built, it diverted traffic and commerce away from Kenton.

After years of decline, the North Portland Urban Renewal plan, which included the MAX light rail, revitalized the area. Today, Kenton provides ample opportunities for business in a strong and creative community. It’s not hard to see why Kenton is one of Portland’s up-and-coming neighborhoods!